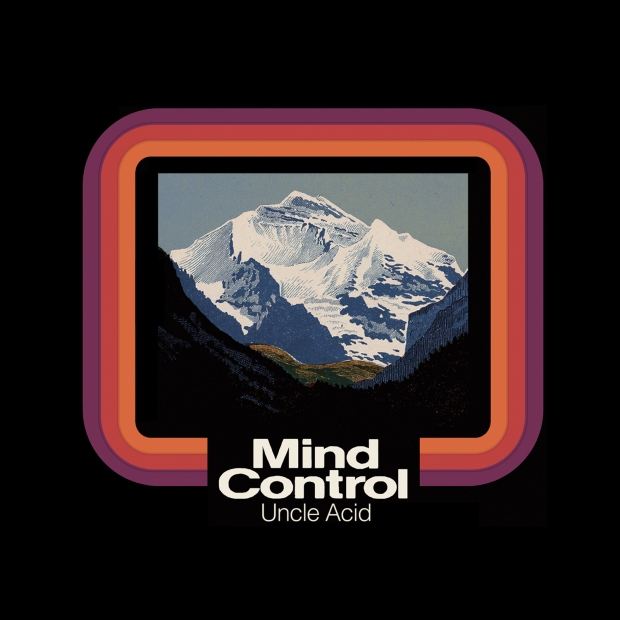 Uncle Acid and the Dead Beats’ 2011 album, Blood Lust, was a coup, one among the handful of instant classics of the doom genre I’ve heard in this decade. With a mysterious, shrouded and infectiously tuneful sound, like some bizarre 60s pop-influenced version of Electric Wizard, and a lyrical approach that was the equivalent of a learing, homicidal seduction by a 70s B-grade British horror villain, and most of all, with intensely hummable and memorable tunes like ‘I’ll Cut You Down’ and ’13 Candles’, it was a near-perfect breakthrough album.

The news isn’t quite so good on the follow-up, ‘Mind Control’. First, the good: Uncle Acid and his Dead Beats haven’t really altered their basic sound. Although the mesmeric opening track, ‘Mount Abraxas’ and ‘Follow The Leader’ are more sprawling, and in the case of the former more openly Sabbathoid than anything on the previous album, we’re obviously in the same soundworld of sinuous, insinuating, dreamy vocals, louche, swaggering riffs and uncanny sex magick. What’s changed is the consistency of song writing. Some of this material is forgettable, and at least one song, ‘Valley of the Dolls’ is simply a badly written song: dull, overextended and repetitive.

That’s not to say that tracks like the two previously mentioned aren’t worth listening to, or that ‘Desert Ceremony’ and ‘Evil Love’ don’t strut about in platform shoes and bell bottoms and make darkly veiled threats of rapine and murder with as much verve as anything on the preceding album, but they aren’t the norm, this time around. The somnolent ‘Death Valley Blues’ marks a descent into a set of slower, less memorable tracks that trade the tension between glorious melody and insalubrious ritual that was such a great part of ‘Blood Lust’s appeal for a tired, over-extended doom rock formula that isn’t half as unique or arresting as I’d come to expect from this band.

So this is only about 1/3 of a really good album, and that’s a shame. I hope Uncle Acid can power through whatever songwriting slump he’s caught in and deliver the goods again with his next album. In the meantime, we’ll always have Blood Lust…

Stream the entire album at Spin.com.

One thought on “Uncle Acid & the Deadbeats – Mind Control”